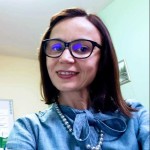 This year, The 27th European Conference on Operational Research EURO 2015 was held from July 12-15, 2015 at University of Strathclyde in Glasgow, Great Britain.

A day before the conference, the EURO Council Meeting was held, at which the national representatives discussed past and future EURO activities. Around 2200 participants presented their papers or posters at the conference. Publisher such as Elsevier, Springer had their booths with the samples of journals and books. Also, the meeting with EURO research group „OR/MS in Education“ was led by Ana Paula Teixeira from Portugal. HDOI agreed to participate this survey, and that the results of this survey will be presented at KOI 2016 conference. Nine Croatian researchers HDOI participated the EURO 2015 conference, five of them were HDOI members. Our members Tunjo Perić, Goran Lešaja and Tihomir Hunjak were chairs of sections, while Marijana Zekić-Sušac participated as an author and as an offical representative of HDOI at EURO Council Meeting.

If you are already our member, contact us by e-mail at hdoi@hdoi.hr if you have suggestions on how to improve our mission, or if you want to be more included in our activities.
Want to become a member?